Yum, yum, yum I love this soup! Healthy and flavorful pizza soup – SO GOOD, and so simple to make. This soup requires little effort but it has BIG flavor! It’ll woo your family to the dinner table in a heartbeat! I started making this soup (which I originally called Lasagna Soup, but I really think Pizza Soup is more appropriate…semantics…) several years ago and have been tweaking the recipe just about every time I’ve made it since then.

But I think this is the one. I don’t think I originally used fresh basil, and my oh my, that makes a huge difference in flavor! This recipe is great for a crowd – great for pleasing picky eaters, and because it’s so easy to make, you can easily double or triple the recipe without any extra legwork other than browning some additional meat and opening a few extra cans. But it’s also great for just a cozy night in and to have enough as leftovers for a few meals! It’s also absolutely delicious for dipping garlic bread: Add this to your cool weather recipe list! It’s a keeper for sure!

Want some other cozy soup recipe ideas? Be sure to check out this list of delicious soups!

Want to remember this delicious recipe for later?! Be sure to pin it to your favorite Pinterest board! 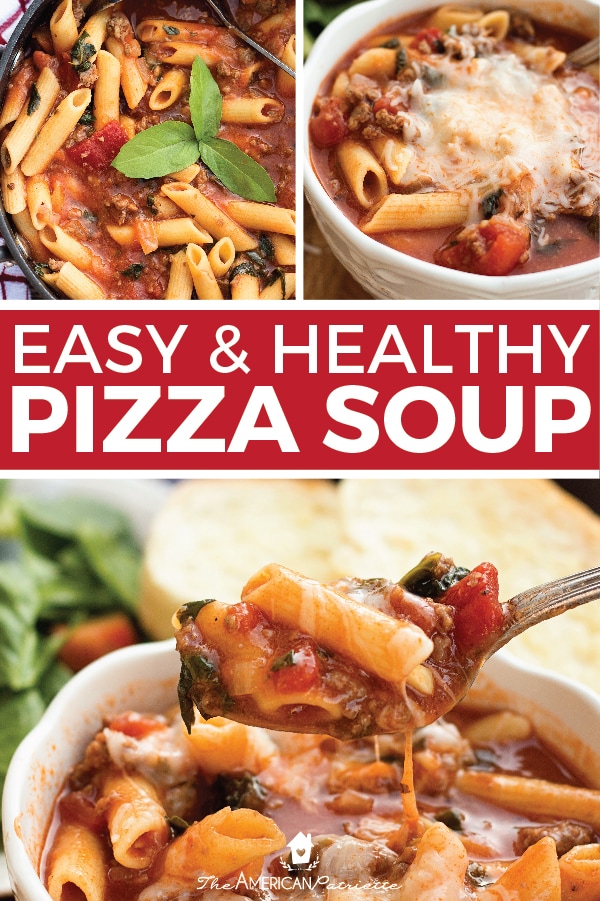 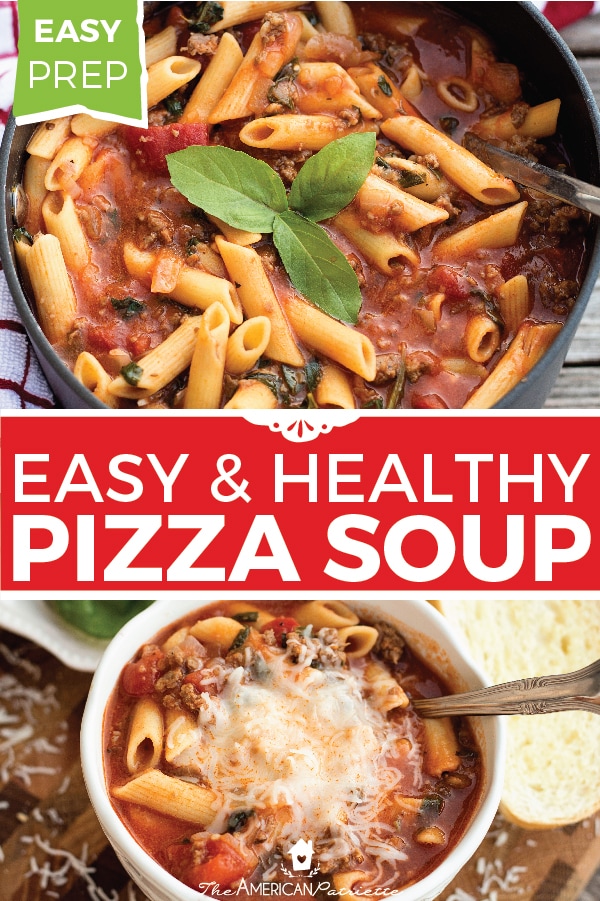 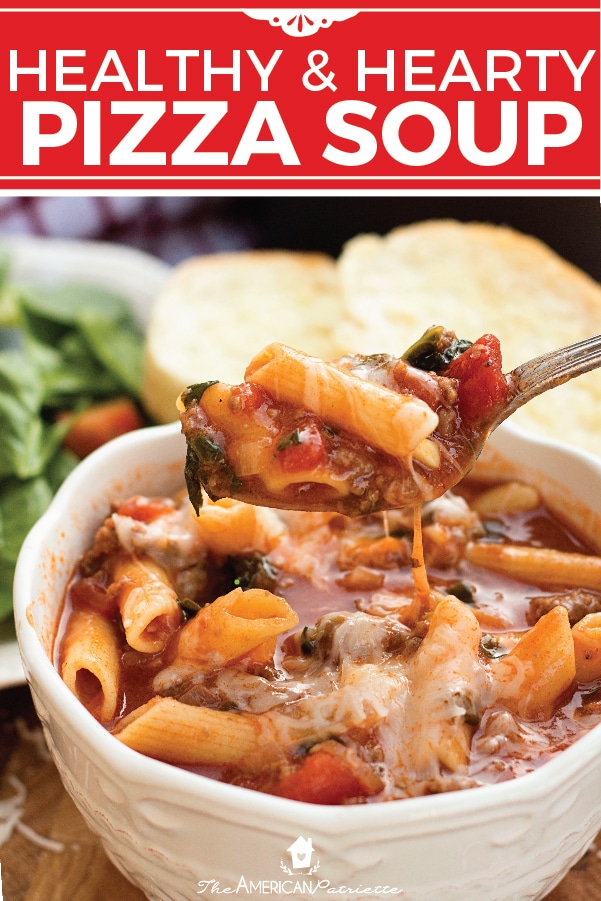 ***If you want to make this soup ahead of time and then freeze it, I would do steps 1-3, then freeze that portion of the soup (and if you want, you can freeze the spinach, too – just set aside the 3 cups of fresh spinach in a plastic baggie and place it in the freezer). Then when you’re ready to cook it, thaw the soup, bring it to a boil in the sauce pan, and then add the pasta and simmer until it’s tender. Add the frozen spinach to the soup and allow it to cook, probably 5-7 minutes or until it’s wilted (it’ll thaw very quickly in the soup, so you really don’t need to cook it much longer than the 3-5 minutes if you were cooking the fresh spinach right away).