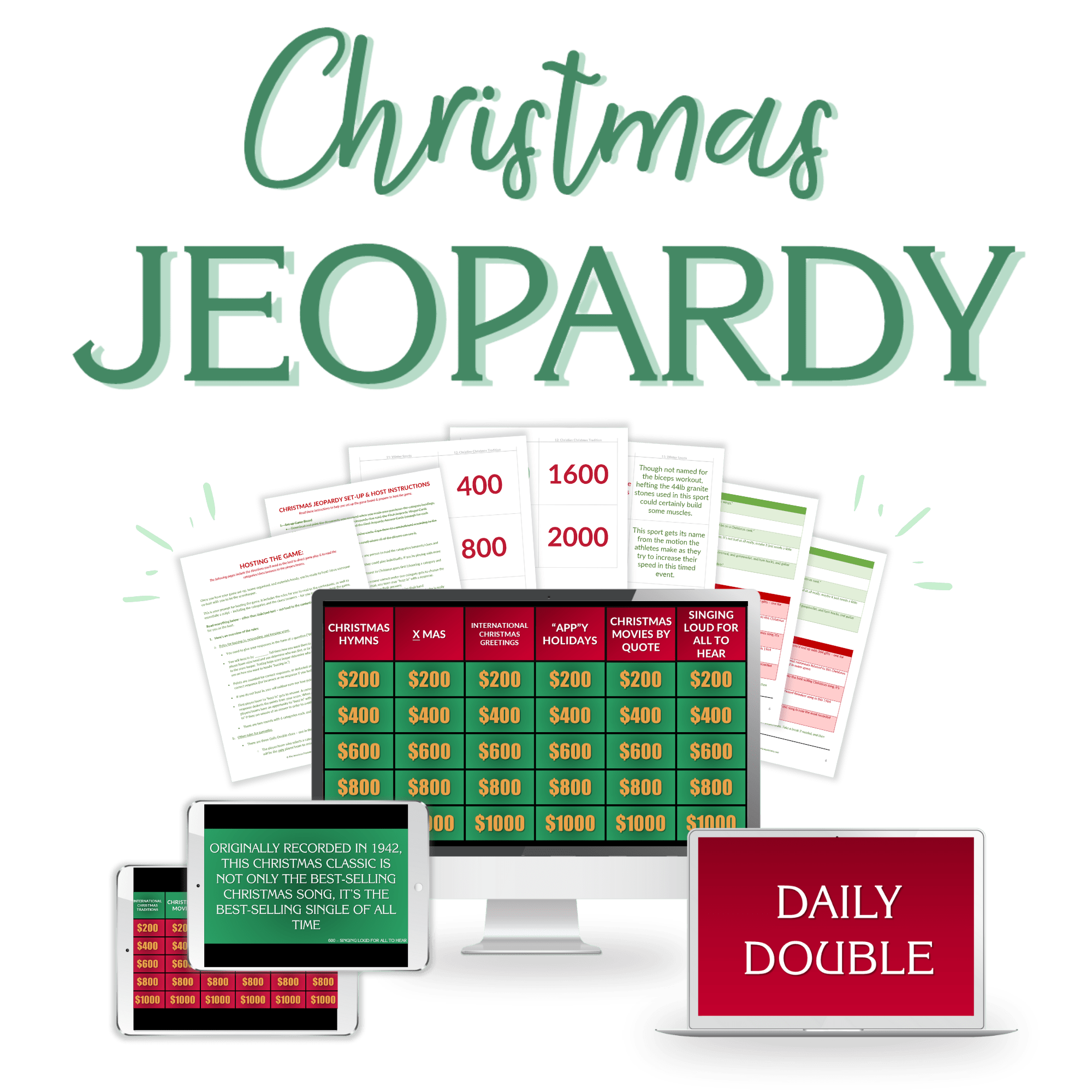 I have a feeling you really like game nights.

Me too! If you happen to like trivia, especially Jeopardy-style trivia, then you’re in really good company!

This post is full of tips to help you brainstorm how to create your own DIY Christmas-themed Jeopardy game, but if you’re short on time, or if you just really want a high-quality, Jeopardy-esque game for a Christmas party and don’t want to spend the energy creating it yourself, I am sooooo excited to give you this option:

My husband and I are huge fans of playing group games, and we know how much fun we have with friends and family when we gather together to play! We spent several hours coming up with legit, Jeopardy-style categories and clues for this game…I cannot WAIT for people to gather together to play it! We’re talking SUPER fun Christmas party, people! (And YES, you can VERY easily adapt this for virtual Christmas parties if you’re hosting one via Zoom this year!)

What comes with the Complete Christmas-Themed Jeopardy Game Kit:

Other things to know about the Complete Christmas-Themed Jeopardy Game Kit: 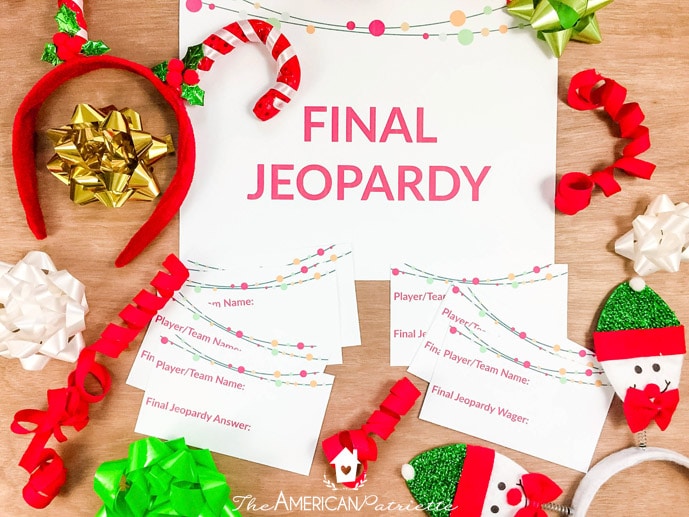 Creating your own Christmas Jeopardy Game

But, if you’re here because you’ve got some creative juices you’re craving to use to create your own Jeopardy game for that fun Christmas party you’re going to throw, then let’s chat! I’ve got a bunch of ideas for you!

We’ll chat category and clue ideas in a moment. First let’s talk about things you’ll want to think about as you create the game:

If you want more tips for actual set-up, you can head over here to my DIY Jeopardy Game post to get more specific ideas. I talk you through some options there. (I’d just like to pause and take a moment to say, I am soooo excited for you to play a Jeopardy game at a Christmas party!)

Let’s move onto the fun part!

Use these category ideas as inspiration as you’re thinking through what kinds of categories and clues you want to offer:

Are you having fun yet?! I’m a big fan of games, not just because they’re fun, but because they’re such a great way to connect with others – to build conversation, relationships, and just to help each other enjoy each other’s company!

Tips for Creating your Own Jeopardy Game:

Here are some tips to help you think about when you’re creating your categories and clues:

Yay! This is going to be so fun! I can’t wait for you to play this fun game with your family and friends!

But, if you’re thinking you’d rather have someone else do all the work and you have all the fun playing it, then just know you can snag this complete kit that comes with everything you need for a super fun, legit Jeopardy-style Christmas party game.